The Hidden Dangers of Twitch 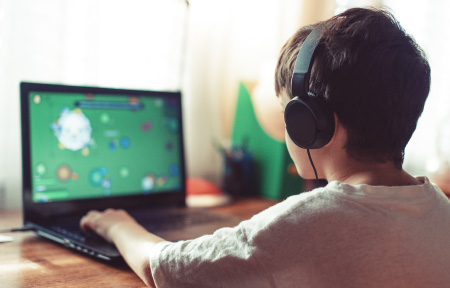 Years ago, if you had asked someone, “what is Twitch?”, they might have broken down the exact definition of a sudden movement, but if you ask someone today who knows even the slightest about video gaming culture, they would explain that it’s a social streaming platform and video gaming community.

Twitch has been around since 2011 and is the world’s leading social video platform and community for video gamers, nerd culture and creative arts. Close to around 10 million people gather every day to just watch and talk about gaming with over 2 million unique live streamers. Twitch is continuing to expand rapidly, even Mark Zuckerberg, founder and CEO of Facebook stated, “video gaming is a mega trend, almost as big as mobile” and with gaming still on the rise, this only means more opportunity for video gaming live streamers and their audiences.

Despite it’s growing popularity, Twitch and it’s user-generated content is not always the safest platform for kids. Live streaming is naturally unpredictable, which is part of the appeal for many viewers, but this makes it difficult for parents to monitor what their children are watching. Additionally, some of the features that Twitch offers may also give parents a reason to pause.

Learn more about setting parental controls on your child’s devices.

Twitch is an interactive, streaming platform owned by Amazon with its primary focus in video game streaming. In addition to video games, Twitch also features content focusing on music, other creatives, and lifestyle, meaning there is something for everyone on this growing platform. Twitch users can watch anything from video games, to music festivals, professional sports, and tv shows.

Twitch users have the ability to create their own content or they can enjoy Twitch as viewers, tuning into their favorite live streamers and channels. For those interested in live streaming, anyone is able to go live and can start making money from their viewership through Twitch’s affiliate program.

Twitch prides itself on an interactive community which is why it has spent the last few years expanding it’s content and promoting its chat and live streamer support features including Twitch bits, that act as virtual currency and allows users to tip their favorite streamers.

In today’s world, live streaming services like Twitch, Youtube, Facebook, and Periscope are more than just technology, it’s a way to connect and interact. These platforms are all about cultivating and empowering a community of fans and creators, all while making the experience fun and inclusive for participants.

Why are Video Gamers Live Streaming?

We live in an age where social FOMO (fear of missing out) is highly contagious because of today’s technology and our accessibility to see what others are doing, and video games are no exception. People want to be involved and want to keep up with their friends and live streaming platforms, whether you’re watching or live streaming, can be an avenue to doing so. But let’s break down the reasons a little further:

For many, Twitch is recreational and acts as a hobby. Had a long day at work? Hopping on Twitch to watch hilarity ensue as two siblings play a horror video game together is a great way to relax. In this way, Twitch brings value to both the audience and the live streamers as it’s a shared interactive experience. Viewers get to watch something they’re interested in and the live streamers get to create content that they’re passionate about. It’s a win-win for both parties.

Interested in building your own brand? One way to do that is to start live streaming something that you’re extremely passionate about. After a while, you might have a small following that could expand in no time with the right effort and dedication. Before long, you could have a few thousand followers with advertisers and endorsement deals knocking on your door. This is the business model that many live streamers try to achieve and it’s a growing one at that.

Being “in the moment” seems to be what’s trending as of late, with YouTube, Instagram and even Facebook all integrating live streaming in some way or form. It’s an unedited, authentic look into the live streamer’s daily life – seeing someone in real-time without fancy edits, graphics or post production. As a result, we tune-in to watch, especially if we can relate or connect with the content or live streamer’s personality.

What Does Twitch Offer to Audiences?

It may seem like only the live streamer benefits from using the Twitch platform, but that’s not always the case, as there’s also a lot of hidden values for users from watching live video game streams.

A lot of video gamers use Twitch to weigh their options before making a purchase. If a popular Twitch live streamer tells their audience that a game is terrible, it is likely that their audience won’t waste their time buying the game. Alternatively, if a live streamer says that a game is amazing, then the audience won’t hesitate to buy. This very powerful influence is the reason why video gaming companies are interested in Twitch, and even offer top Twitch streamers free products to test and show to their audience.

Esports, also known as Electronic Sports, is a form of competition involving video games and its significance and popularity are growing. Think of it like the Olympics of video gaming, the top rated players all over the world go head to head. It’s nothing to underestimate as companies, CEOs, celebrities, and athletes are getting in on the action by sponsoring these elite video gaming teams.

With the Esports community in high demand, Twitch offers a way to view the entire experience. Whether it’s a tournament or a gaming convention, viewers will have a way to watch their favorite professional gamers compete.

Twitch isn’t just limited to video game streaming. Video gaming is the content most associated with the streaming giant, but there are many other uses live streamers and audiences alike use the platform for, such as:

Is Twitch Safe for Kids?

Due to it’s exploding popularity among younger audiences and young gamers, Twitch is definitely a platform that parents will want to pay attention to. When it comes to concerns on the streaming platform, there’s a few to consider as it can leave children vulnerable to inappropriate content and online predators.

Whenever live streaming is involved, parents should be cautious as the content isn’t edited and anything could happen. Unfiltered language, inappropriate imagery and more could be shown as there is no delay between what is happening live and what your child is shown on screen. Spam, scams, violent, obscene, and sexual content are all prohibited in Twitch’s community guidelines but this doesn’t mean that it doesn’t happen.

On the flipside, parents should be aware if their child is live streaming or if they wish to. According to Twitch’s terms of service, users must be 13 years of age or older to use and stream on Twitch, but this doesn’t always prevent younger users from using the platform. Live streaming at any age can pose risks that both parents and children should be aware of.

Twitch’s chat feature can become chaotic and almost useless on more popular streams with higher viewership, as everyone is typing at the same time in an effort to interact with their favorite streamers. Because these chats get so out of hand on bigger channels, it often becomes a yelling contest filled with cyberbullying, hate speech, and more.

As a live stream goes on, users are encouraged to comment and interact with streamers, but as an audience grows so does the chat, which quickly becomes inundated with comments. Some users take this as an opportunity to use foul language and harass others. When this happens, the moderators on Twitch can’t keep up with the overloaded chat and many of the commenters go unpunished. Seeing as these chats aren’t perfectly moderated, parents should be able to judge whether their child is ready for this platform or perhaps consider co-viewing with their child.

Twitch also offers direct messaging, a private conversation between two users, and whispers. Twitch whispers are a way for users to interact privately in a public group chat. By typing “/w” into a chat, followed by the username that you want to communicate privately with, only that user will see your message in the group chat. 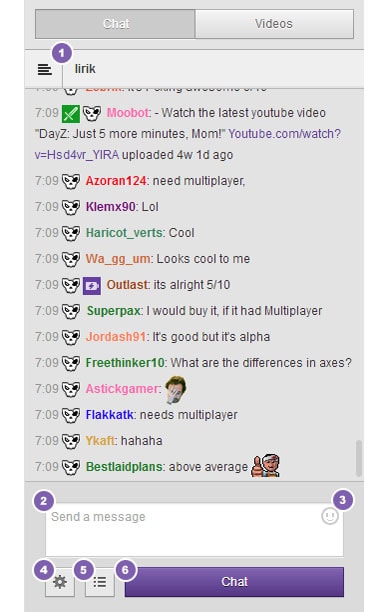 What Parents Need to Know About Twitch

Twitch is a growing platform that isn’t going away anytime soon. Whether your child is live streaming or watching, it’s best to take some precautions to ensure that it is a safe an appropriate experience.

If live streaming, make sure the game your child is streaming is age-appropriate as well as ensuring that your chat is monitored so you don’t invite any unwanted attention.

If your child is mostly watching other gamers live stream, the best thing to do is to research the people and channels that your child watches and ensure that they are watching streams that are age-appropriate. Even then, it is not completely possible to constantly keep an eye on your child’s tech use so it may be helpful to use a parental control software to manage your child’s screen time and limit the amount of time they spend on websites like Twitch.

While Twitch can be risky for younger kids, proper understanding of the platform and some ground rules can allow teens to enjoy live streams from an array of topics. That being said, it’s important for parents to understand that Twitch does encourage users to connect with strangers and that everything on site will not be kid-appropriate.

Net Nanny’s Family Protection Pass can help you stay informed of what your kids are doing online and give you some peace of mind while your kids are using sites like Twitch. Keeping your kids safe online is tough, especially with more and more sites incorporating live stream features, but being able to monitor your kids’ online experience as well as having open discussions about internet safety are great first steps towards safe and healthy internet use.