The Dark Side of Tumblr 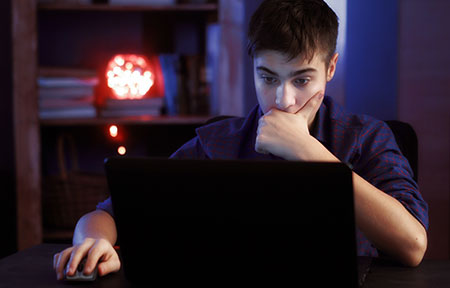 Tumblr has earned a sordid reputation – and for good reason. On many sites, inappropriate content is only two clicks away, and in Tumblr’s case, it can be stumbled upon innocently within a user’s feed.

Tumblr is a microblogging and social networking site that allows users to create an online diary or blog. Users can follow their favorite interests, other Tumblrs and brand influencers to share content to and from. You can “reblog” posts, photos or videos that you like and share to your blog for your followers to see. Tumblr was relatively popular among tweens and teens in its heyday, circa 2013. Now, newer apps like Instagram, Snapchat and Musical.ly have enticed some kids away. 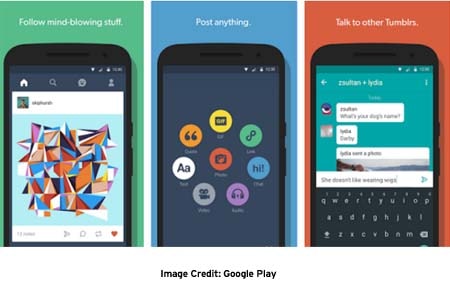 Where things get a little dicey is in the content discovery.

Everything is on Tumblr. I mean, EVERYTHING. Searching for a subject, keyword or using a tag will lead you down a rabbit hole – and that’s standard procedure here. The issue is that users tag things incorrectly (on purpose, sometimes) or use confusing abbreviations that may not shout “Inappropriate Content Ahead” to the average visitor. While someone like myself may have every intention of searching for makeup trends or reading the latest book review, it’s possible – or more likely, probable – that you’ll stumble onto something racy.

Tumblr does have the option for safe search, which is the default setting, and unless you specifically know where to look chances are you wouldn’t easily know how to turn it off. That being said, it’s not rocket science to figure out and any child can do a quick internet search to find out how to disable it.

On Tumblr, anyone can search for “suicide” or “anorexia” and connect with hundreds of images and blogs that link to that specific topic. Some of these images glorify dangerous habits and behaviors. “We hear that Tumblr is where people are constantly seeing content that is very triggering and very harmful,” says Susie Roman, National Eating Disorders Association’s (NEDA) Director of Programs. She suggests that Tumblr is the worst offender of entrenching the disorder among those viewing the message or images, preventing them from seeking help.

Other social networking sites have faced similar problems with links and images to self-harm content. However, each has proactively banned accounts, images, or descriptions that refer to self-harm practices in a positive light. While Tumblr has attempted to monitor its content, dangerous links and images still exist.

“Due to its fast-paced communication style, multiple mediums and heavy use of sometimes specific imagery, pop-culture references and slang, Tumblr is unsurprisingly most popular among young Millennials, with 5.3 million users in this age group,” states Statista.com. While this site attracts and caters mostly to the creative, off-beat user, there is also an alarming amount of pornography available within reach.

Overall, the biggest concern with Tumblr is the open and available access to illicit content. Parents should know – first and foremost – that Tumblr has a Mature rating of 17+. That however, doesn’t stop anyone from accessing it. Tumblr’s own terms of service state that “no individual under the age of thirteen (13) may use the Services”, but let’s be honest – Tumblr is not known for its moderation. 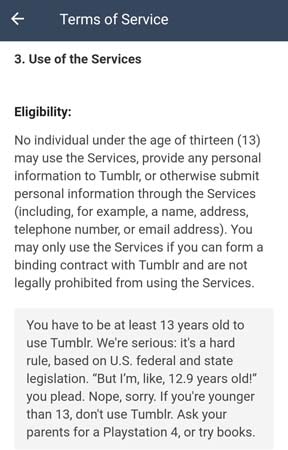 Recently, an Italian research team presented their findings of Pornography Consumption in Social Media, with three areas of major learnings. 1) Adult content production on Tumblr is relatively small and mostly confined to subgroups. 2) Even though production of new pornographic content is small, it proliferates very quickly. 3) Older men (ages 50-55) and young women (ages 20-25) are the primary consumers of pornography on Tumblr. They also found that up to 28% of users were unintentionally exposed to pornography on the site. 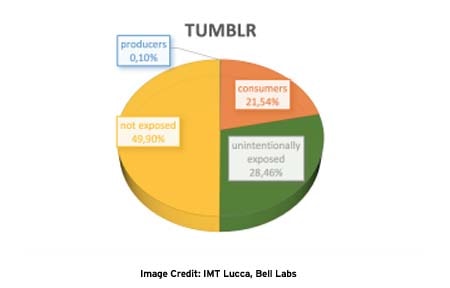 The best way to prevent your child from being exposed to inappropriate, unseemly or unhealthy content is to monitor their social network activity. Parental control software programs, such as Net Nanny, can help parents monitor a child's activities, friends, and photos on social networks to bring peace of mind and safe browsing for your entire family.

Jennifer Leonard, Social Media Manager for Content Watch, is passionate about connecting with people – in person and via social media. She spends her days writing, tweeting, pinning and using as many hashtags she possibly can. #Goals #SocialLife #Hustle