9 Celebrities You Never Knew Were Cyber-Bullied 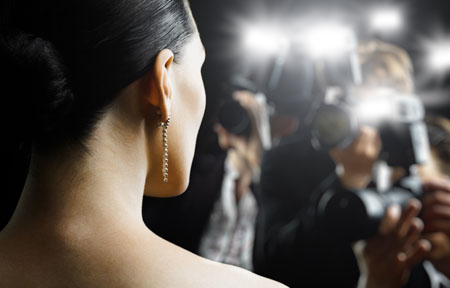 In a world full of technology, it can be hard to determine what is just average online interaction for your child and what crosses the line into cyberbullying. As a parent, when your child is being cyberbullied, both you and your child can begin to feel alone in a large world of nameless opinions and cruel comments. In today’s day and age, with more adolescents and teens having access to multiple mobile devices like Androids, iPhones, and iPads, statistics show that over half of these children have been bullied online (and about the same number have engaged in cyber bullying themselves.) But your family is not alone when it comes to cyber bullying, because even today’s most famous celebrities are not immune to the horrible comments that come from anonymous attackers online. Here are 9 celebrities who had to deal with online bullying:

Hopefully after hearing how even these celebrities had to deal with their own cyber bullies, you can help better support members of your family if they have been cyberbullied. From removing yourself from the situation, seeking professional help, or not backing down to the hate, these are great personal solutions on how to deal with cyberbullies. Net Nanny Social is also there for your family and offers great tools and solutions to help alert parents when cyberbullying is detected. Parental control software allows parents to keep their family safe by letting the good stuff in and keeping the bad stuff out.

Emily Hartung is a successful college student at Kutztown University of Pennsylvania studying Communication Design. She has always been fascinated by the world of Advertising and Social Media, and hopes to offer a unique take on today's changing tech world from the younger generation's perspective.