The Victims of Child Pornography

While much is done to put producers of child pornography in jail, there is not much that is done for children who have been forced to produce child pornography. Children from 17 years of age to just a few months old are forced to be on tape and do whatever an adult says. These children may never receive restitution for what has been done to them. Do not let your child be one of them.

So How are they targeted and what can you do, as a parent?

Children who have been victims of assault as a result of producing child pornography suffer lasting events as a result of the trauma. Many suffer psychologically from depression and shame. They may be embarrassed that photographs or videos of them are being circulated around the internet. Many also have difficulties later on in life creating lasting relationships because of their experiences in the past.

States are trying to pass legislation that would give restitution to victims of child pornography. Most states are currently trying to determine how compensation will work and the process of seeking and receiving that compensation. While it is still in the early stages and not perfected, states are hoping that children will be able to receive some sort of restitution for the things that have been done to them.

Over time, children who are the victims of child pornography may be able to receive compensation for what they went through. However, it will never be able to heal the emotional trauma associated with what happened. The hope is that one day child pornography will be completely wiped out and those that produce it are brought to justice.

Take the necessary preventative steps to ensure that your children are not being solicited or groomed by strangers online. Net Nanny monitors and notifies parents of inappropriate social media conversations. 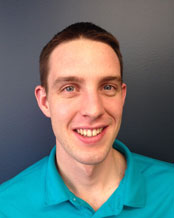