The Truth About Betrayal Trauma

From Steve’s perspective, it’s just pornography, and he isn’t trying to hurt Jessica. On the other hand, Jessica feels betrayed. Should Jessica feel betrayed? Why can’t Steve see he is creating tremendous fear for his wife? These are important questions that we must ask in today’s society as hundreds of thousands of couples are struggling with pornography in their relationship.

What is the truth about betrayal trauma?

In the first stage of any significant relationship, two people are determining whether the person they are spending time with is safe or not. Dr. Steven Porges describes this process as “neuroception.” Porges writes, “What allows engagement behaviors to occur, while disabling the mechanisms of defense? To switch effectively from defensive social engagement strategies, the nervous system must do two things: (1) assess risk, and (2) if the environment looks safe, inhibit the primitive defensive reactions to fight, flee, or freeze.”

When two people enter into a committed relationship, they have to inhibit their natural defensive system and say, “This person is safe.” It is almost impossible for us to create meaningful relationships with our defenses up.

Once our defense mechanisms are down, we engage in fun and playful activities with each other. We flirt and create new memories that reinforce that this person is safe. If all goes well, we fall in love and eventually marry. It is the pattern for millions of couples each year.

So what about Jessica and Steve? How is Jessica perceiving Steve’s use of pornography? Clearly, she doesn’t feel safe anymore. Instead she feels at risk or threatened. So what response should we expect in this situation? Our biology tells us she would be fighting, fleeing, or freezing, the natural responses we experience when we don’t feel safe.

Steve on the other hand doesn’t see pornography as a threat to his marriage. Most likely, he isn’t trying to hurt Jessica. Before we judge Steve, let’s look at his life. He most likely was introduced to pornography by age eleven. He didn’t talk much about it. He felt alone and isolated. He didn’t date too much because he felt awkward and a little embarrassed by his use of pornography. When he met Jessica during his second year in college, he thought his pornography problems were over.

However, not too long into their marriage the couple got into a fight and Steve turned to his old coping mechanism to deal with stress--pornography. He felt inadequate. He didn’t feel good enough for Jessica. When she got upset, he pulled away. She became more upset and he pulled further away. This cycle went on and on with no solution in sight.

While there are variations to this story, all I see is suffering. Jessica feels betrayed; she believes pornography is more important to Steve than she is. She feels threatened in a thousand ways. She is embarrassed and ashamed, and feels like she must not be good enough. This is what thousands of Jessica’s have told me over the years.

He too is suffering deeply. If he is like the countless men I have worked with over the past 15 years, he feels alone, empty, and shameful. He is lonely. He wants to quit viewing pornography because he doesn’t like how it makes him feel. He sees Jessica’s pain, but doesn’t know how to help. Nobody has given him the tools to help with his suffering.

Can you feel their pain and suffering?

Unfortunately, without some intervention, this couple will divorce. Their concept of feeling safe and secure in relationships will be deeply damaged. People and relationships won’t feel safe because their initial experience with neuroception betrayed them.

So here’s the truth about betrayal trauma: It is real and there is a biological explanation for it.

Why is it so threatening?

Because viewing pornography alters those who consume it. It alters internal biological chemicals. It increases dopamine and testosterone in our bodies. Those who view it frequently (3-5 times a week or more) report higher levels of depression, anxiety, stress, and lower levels of life satisfaction. Those who use it often do so in secret and feel compelled to cover their tracks. Such actions cannot, and will not, ever create safety in a relationship.

Conversely, true human intimacy, which both Steve and Jessica want, can return to their marriage but they both need to heal. Steve needs to learn how to be safe for Jessica. That means he needs to focus on his recovery and develop a deeper level of compassion for Jessica’s suffering. Until this happens, he might say, “I’m sorry” a thousand times, but that isn’t what Jessica needs. She needs him to be open, honest, caring, and compassionate. She needs him to face his addiction and reclaim his life.

Steve needs Jessica to see his suffering too. He has been lost. He has felt hopeless.

Betrayal trauma is real. Addiction to pornography is real.

We need to figure learn how to stop the suffering. One method is to focus on creating a safe place where we don’t have to fight, flee, or freeze. This is most likely to occur when two people begin focusing on healing their own wounds and start seeing and feeling each others’ suffering. True human intimacy then becomes a possibility because safety has returned to the relationship.

70 percent of spouses of pornography or sexual addicts are left feeling tremendous anxiety, heartache and fear. This condition is called Betrayal Trauma and it can have lingering effects for up to two years.

At Addo Recovery, we have created a 6-class program, “Healing From Betrayal Trauma,” that provides all the tools for healing in one place. Our program mixes online learning with group education in a positive and comfortable setting.

Join us to start understanding your trauma and begin the road to recovery. 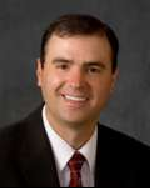