Teen Girl Lured Away By Older Man She Met Online What happens on a screen strongly impacts what happens in the physical world around us. Online activity needs to be viewed with caution and restraint.

Indica Huddleston is a 16-year-old girl whose online activity has jeopardized her safety. She ran away on Friday, August 16th without her cell phone or any money. The family has launched a full-scale search for Indica, including her sister Sierra’s campaign across social media. Her parents Bryan and Andrea Huddleston searched through their daughter’s online history and discovered chats and messaging with older men within recent weeks.

This tragic situation highlights the responsibility parents have to carefully check their children’s online habits. It is not only important but also vital for their safety. Monitoring your child’s activity can prevent any questionable situation from becoming a dangerous one.

Mrs. Huddleston also included a post on Facebook saying, “We have reason to believe that she left with someone older who she trusted that might have ill intent. It is not like her to run away, and it is even less like her to not be on social media (Facebook/Instagram) to at least let someone in her large network of friends know that she is OK.”

After being missing for a week, Indica was found Friday August 23rd. While the investigation of her whereabouts remains unknown, Indica’s parents admit they have learned a few lessons about online safety from the experience.

Andrea Huddleston noted that merely having passwords does not prevent your children from accessing information. The parents also noticed that perhaps monitoring Indica’s online chats and instant messaging would have protected her.

Discuss with your children how to safely use social networking sites and how to discern potentially harmful situations. Let them know of the dangers that exist and can occur if they do not conduct themselves carefully online.

I work for Net Nanny and all my opinions are my own. 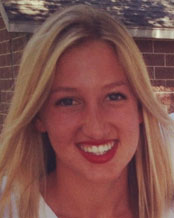