Sexting Can Have Long Term Negative Effects for Teens

The term “sext” has been around since 2005, and is a seemingly innocuous behavior that some adults choose to engage in. However, studies and statistics have shown a rise in sexting among teens -- with one in five teens admitting to having sent or received sexually explicit messages or photos -- creating a concern for parents. What may seem like innocent sexual exploration in teens can actually have long-term, negative and potentially devastating consequences.

Defined as transmitting sexually explicit messages, using a computer or mobile device, sexting can include text messages, photos and videos.

Weeks, months in the future, your daughter’s relationship ends, and it ends badly. Your daughter decides to break up with her boyfriend; out of anger, or a desire to “get even” after being hurt, the teenaged boy your daughter was dating sends some of the intimate photos, initially sent voluntarily by your daughter, to a group of his friends. Or even worse, your daughter’s ex-boyfriend decides to post her photos in a group forum -- website, Facebook group, SnapChat, WhatsApp -- and your daughter’s most intimate moments are being viewed by groups of teenagers, possibly even adults. This is revenge porn, parents, and it can have devastating consequences for both your daughter and any other kids in possession of those photos.

The consequences of sexting can be life-long and negatively impact your child’s future. Nude or explicit pictures of your child can continue to circulate, both on and off the Internet, long after they were originally sent or obtained, which can have devastating psychological effects. If one of the engaged parties decides to press charges, all parties involved, including those minors who received and kept the explicit image or images, can be charged with child pornography. Worst case scenario? Your child can be taken from your home, or registered as a sex offender...for life.

Sexting can have negative psychological effects on your child, especially if he or she has been pressured to share explicit photos, and feels shame after the act. If such photos are shared with others, sexting can lead to much more than just embarrassment. Your child’s social reputation -- extremely important in tween and teen years -- may be irrevocably damaged, and your child may end up being cyberbullied as a result. The shame and embarrassment surrounding a sexting-situation-gone-bad can lead your child to withdraw and not inform you of the situation or ask for help.

If your child is entering the age of sexual curiosity, now is the time to talk about responsible digital citizenship. If your child is in her teens and you’ve not discussed sexting, you need to have that conversation now. Arming your child with information may just help them pause before they act; she’ll also know to report to you if she feels pressured to sext, and the consequences of simply having a sexually explicit photo of a minor on her phone or in her email. 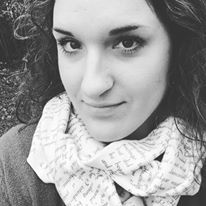