Parents are Freaking Out over the new “Tinder for Teens” app 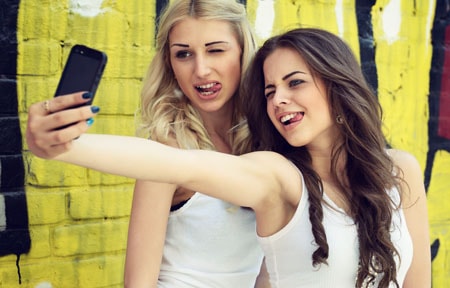 Swipe right to connect, swipe left to forget forever; sounds like Tinder but it is actually Yubo (formerly Yellow), an app for teens 13- 17 years old.

Yellow has been dubbed by the media as “Tinder for Teens.” I have to be honest, I missed the whole app dating scene, having met my husband in the late 90s. But when I heard about the app Yellow, I had to try it out since I had never used Tinder. But how can someone who is clearly over 17-years old try out an app for teens – hmmm – it’s actually easier than you might think.

What is the Yellow App?

According to the app store descriptions, Yellow is identified as an “easy and free way to make new friends and chat with them.” Yellow was founded by five millennials who met in college, who describe Yellow as the “first dating app for Generation Z to target the Snapchat generation.”

Yellow is climbing the free app chart with over 7 million users worldwide and the app has the ability to connect with directly with the user’s Snapchat or Instagram accounts. Yellow rules state minors over 13 have to get a guardian’s permission but there is no method for enforcement. When users swipe right, they are auto-connected to chat instantly with someone – most likely a stranger who may or may not be the age stated in their profile. 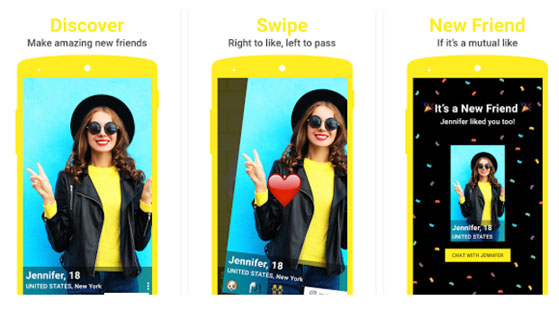 Why Parents Are Freaking Out

The registration process for this app is quick and easy – maybe too easy. To create a profile, a user enters their mobile phone number, birthdate, and uploads a selfie. There is no age verification as part of the registration process since Yellow relies on users to enter their “actual” age. Unlike Tinder, Yellow does not require a third-party verification, such as a Facebook profile to create an account. Yellow does have an optional step that connects to your child’s social media account for Snapchat or Instagram letting strangers easily add your child to their “friends” group and vice versa.

Emoticons are Part of the Yellow Experience

Yellow has a huge library of symbols users can include in their messages, many that have double meanings and can encourage inappropriate exchanges. Emoticons, or symbols used to convey emotions, can basically parent-proof your child’s experience because most of us don’t have a clue what they mean. Below are just a few:

To help parents decipher their teen’s emoticon use, Net Nanny created a guide called 90 Texting Terms That Every Parent Should Know.

Fellow User
Each user has an abuse feature embedded into every profile for users to report abuse or concerns. Users can also ‘unfriend’ other users if they feel they are being harassed.

Technology
Backend software automatically blocks any nude profiles and texts users who use “Nude” in their names or usernames.

My Experience Faking It on Yellow

I must admit the app is pretty addictive because you’re constantly swiping to see user’s images and I understand now why Tinder is number one downloaded app in the lifestyle category. My Yellow profile was setup within minutes and while I did have to enter my phone number to get an activation code to create my profile, there was no other attempt to verify my identity or age, nor any notice or prompt to deter a child under the age of 13. The company itself has stated that users cannot connect with anyone over the age of 18. But if I was able to set up a profile in a number of minutes, couldn’t a predator do the same?

I wanted to test out their monitoring ability so I posted an image of myself, obviously, I am not a 13-year old girl, and to Yellow’s credit, I did get blocked due to a fake image in a matter of minutes. But to reactivate my account, all I needed to do was update an image of a person in the age range I listed on my profile. 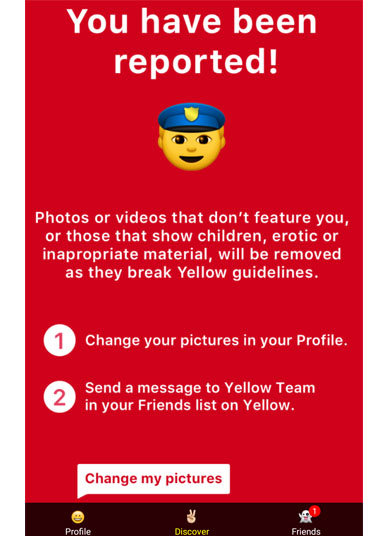 What Safety Experts Are Saying

The U.K.’s National Society for the Prevention of Cruelty to Children recently released the following statement to the UK news outlet The Telegraph:

“Any app that allows strangers to send photos to children or vice versa is troubling. Yellow’s settings that enable adults to view children, through a service blatantly aimed at flirting and relationships, also creates an opportunity for sexual predators to target young people. This needs to be urgently addressed.”

“It's very easy to put in a fake birthday and portray yourself as a 15-year-old boy that plays football at the high school," said Anderson.

Staying current with the latest online trends and apps can be overwhelming, but the good news is that you don’t have to have to do it alone. Subscribe to Net Nanny’s E-Newsletter to get weekly parenting tips. Be proactive on your child’s time online by downloading a parental control software solution like Net Nanny that can filter content and give you visibility of your child’s life online.

Mom of three fostered rescued dogs and is helping to drive the conversation about digital parenting as VP of Consumer Marketing for Content Watch.