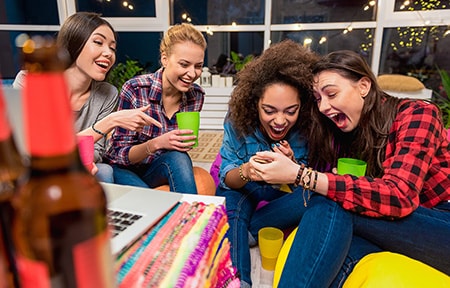 Do you remember your first love? Your parents may have said you had “puppy love” and you may have even passed a “love note” in class. If you were caught, your teacher probably read the note aloud – and no doubt you were embarrassed but the note would be soon forgotten from your classmates.

With today’s use of smartphones, the way kids communicate with their first love has definitely changed. Rather than a young girl passing a love note in class, she now sends an intimate picture of herself to her boyfriend, the “love of her life.”

The sexting scenario above is all too common today and when an image is shared beyond the young couple, there can be severe emotional and legal consequences for anyone in possession of the intimate image.

I became very aware of the consequences of teen sexting gone bad when my step-son was in high school. A young girl, let’s call her Anna, and her boyfriend, we’ll call him Steve, are high school sweethearts. Anna voluntarily begins sending sexting images to her boyfriend, Steve. Anna’s family moves to another state. Anna meets someone in her new state and the couple break-up. Steve is sad, hurt, and angry so he shares her sexting image with his fellow Lacrosse teammates. Those teammates send to 10 friends and then those 10 friends send to 10 friends and so on.

Within a few months, that image is on the devices of practically every high school student, not just in that school, but in the neighboring high schools in other districts. My step-son was not Steve, not on the Lacrosse team, and didn’t even have Steve as a contact or friend in his social media platforms but he was sent the image from a friend of a friend. My step-son made the mistake of posting on a group forum and a few weeks later we had a detective from a child sex crime unit requesting permission to talk to my step-son.

My step-son, as well as anyone who also posted or shared the image, was looking at potentially being charged with a felony for trafficking child pornography. My step-son happened to be a minor at the time and the image was so widely distributed within the different school districts in the area that the District Attorney’s office ended up not prosecuting anyone. Anna’s family dropped their complaint when they were informed that the first person who would be charged would be Anna because even though it was her image, she would be subjected to the same penalty as everyone else for sharing a pornographic image of a minor over the internet. 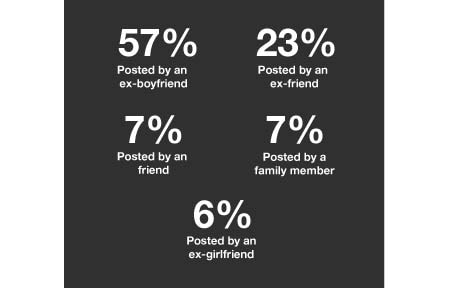 Removing an Intimate Image Just Got Easier on Facebook

Although Twitter does not have artificial intelligence tool, in 2015 Twitter did add to their user policy “you may not post intimate photos or videos that were taken or distributed without the subject’s consent.” If you locate a tweet that contains a sexually graphic image that was posted without consent, Twitter does have a process to report the violation so the image can be hidden from view.

To report a photo:

Flickr has a zero-tolerance policy towards sharing sexualized content of another person without that person’s consent (Non-Consensual Pornography). To report an intimate image that was posted without the subject’s consent, follow the steps below:

Today, more than ever, it is extremely important to discuss privacy and self-respect with your children and teens. If your child is in her tween or teens and you’ve not discussed sexting and what is appropriate to share, you need to have that conversation now. As a first defense, arm your child with information that may help them pause before they act; let them know they can talk to you if they feel pressured to sext and the potential legal consequences of having or sending a sexually explicit photo.