Access and Availability: Distribution Channels in the Role of Addiction

I have treated substance abusing adolescents on two continents: Europe and North America. While I worked for a private company that contracted me to work with substance abusing adolescents on an American Military installation in Germany, I would regularly see kids stop using marijuana and start using alcohol upon their arrival in Germany. Alcohol in the states was harder to come by due to regulation efforts for the 21 and under crowd. When teens arrived in Germany, they found marijuana was second to alcohol in availability with a legal drinking age of 16. In the Atlanta area where I currently practice, we have problems with cocaine and crystal meth. When living near the Belgian border, ecstasy was in plentiful supply but I hardly ever heard of cocaine use in my teen client population working abroad. Likewise, ecstasy use is not in plentiful supply for teens in Atlanta as it was in Belgium where 90% of the world’s Ecstasy is produced.

These experiences were an intriguing observation to me until I really began to think about supply, demand, delivery and the role it played in use and addiction. I have a marketing degree in addition to my master in marriage and family therapy and two addiction certifications. All of this to say, I was amazed to understand that issues of substance use are a function of distribution channels! My marketing degree taught me a lot about distribution channels. I became fascinated by the fact that substance use was not solely a function of age group experimentation. Substance abusing teenagers in similar age groups that I treated on both continents were not predominately doing the same things in both places! Fascinating!

After practicing for so long in Atlanta, I thought it odd that I did not see cocaine come up as a use topic with the same age group treated when I was in Germany. Atlanta sits on pipeline for cocaine distribution that comes up from Colombia via Miami. Chrystal Meth is in large supply in the Atlanta area via the pipeline from Mexico by way of Texas. Wow!

Furthermore, clinicians are increasingly aware of the power of internet and technology in a young person’s life. If cocaine is available from Colombia and Meth comes on the pipeline from Mexico in plentiful supply, think about internet technology as it comes directly into a home as a mainline distribution channel! Those of us who work with people struggling with sex addiction have long been aware of the 3-A’s of the triple-engine that fuel the addiction (Al Cooper, 1998).

The 3-A’s which drive Pornography Addiction are:

Pornography is referred to as the crack cocaine of the internet. In a 2004 Senate Hearing Mary Anne Layden, co-director of the Sexual Trauma and Psychopathology Program at the University of Pennsylvania's Center for Cognitive Therapy, called porn the "most concerning thing to psychological health that I know of existing today." She went onto say, "The internet is a perfect drug delivery system because you are anonymous, aroused and have role models for these behaviors," Layden said. "To have [a] drug pumped into your house 24/7, free, and children know how to use it better than grown-ups know how to use it -- it's a perfect delivery system if we want to have a whole generation of young addicts who will never have the drug out of their mind."

When parents bring their children to me for substance abuse assessment, I additionally assess the level of their technology use. I often find alarming technology use with the need to educate parents how to keep their child safe from internet use. Many parents can be unaware of the dangers present for kids with open, un-monitored internet access.

I advocate parents begin dialogue with their children about the dangers of the net. I recommend that families have a protocol for good internet safety guidelines, firewalls, and filters as part of a comprehensive household plan for internet safety. The internet distribution channel need not be an open pipeline without regulation. 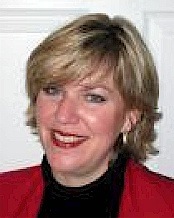